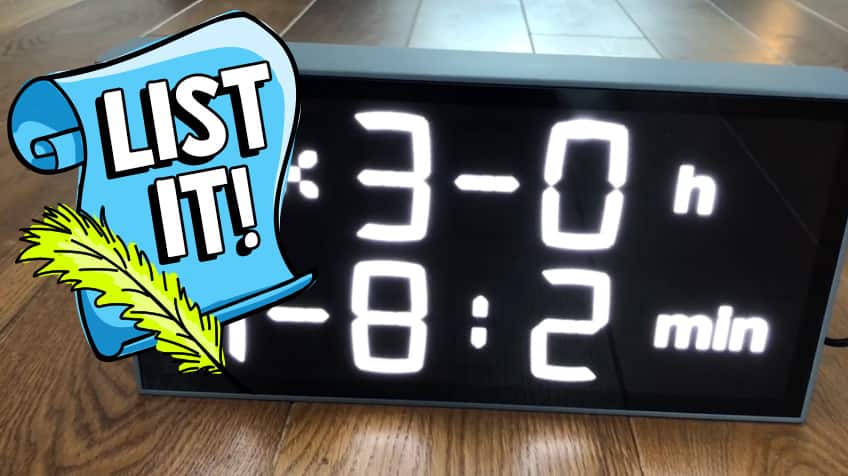 We humans are a creative bunch. We just keep coming up with awesome inventions and gadgets that make life easier — or just more interesting! We’ve rounded up 10 of the latest inventions around. Check ’em out!

You have to brush your teeth. So why not get it done as quickly as possible? A new gadget called the Unico Smartbrush will help you do just that. It cleans your teeth in three seconds flat! And all you have to do is place it in your mouth. The smartbrush is basically a mouth guard that’s packed with rotating electric toothbrush heads. Toothpaste automatically squirts onto each brush, and then the brushes get busy cleaning every surface of your teeth. The toothbrush even sprays out mouthwash from tiny nozzles to make sure your tongue gets cleaned, too. Sounds like something to smile about!

This invention is for the birds! It’s a robotic falcon that has just begun some serious work at the Edmonton International Airport. The robo-bird chases away real birds from the airport. It seems that birds are a hazard to planes as they’re taking off and landing. So it’s robo-bird to the rescue! A flock of these fake falcons are flown around the airport to scare off real birds. Here’s how it works: The robotic birds look like real falcons. They even flap their wings and fly just like them so real birds think the falcons are a predator. They get spooked and fly off. And when the birds stay away, it makes the airport a safer place.

What time is it? You’ll have to do a bit of work to figure out the time when it comes to this clock. And by work, we mean math. The Albert Clock displays math equations instead of the actual time. There’s one equation for the hour of the day and another for the minutes. So to tell the time, you have to do the math first! For instance, if the clock displays 8+3 hours and 25-3 minutes that means it’s 11:22. (Get it?) The designer made the clock to help kids brush up on their math skills. Would you like a clock like this?

Biking in the dark can be dangerous, since cars may not be able to see you. But a new gadget called Bikesphere is here to help. This technology system creates a double ring of red lasers on the ground around a bike when a car gets too close. Thanks to the red lights, drivers can see a cyclist more clearly and they know to steer clear. Safety first!

Here’s another bright bike idea. It’s the world’s first smart helmet. Called the Lumos, this helmet has white lights in the front and red lights in the back, so cyclists can be seen in the dark. And even better, it features left and right turn signals that allow drivers to know which way a cyclist plans to turn, as well as lights that come on when a biker brakes. As for how the helmet works, all of the lights are controlled by a small remote that’s attached to the handlebars.

Do you want to know more? Check out: Kids have great ideas — 6 famous kid inventions!

Here’s the perfect invention for anyone who can’t get enough of practicing their free throw. The Dr. Dish iC3 Basketball Shot Trainer fits over any basketball net. It catches a basketball when you toss it to the net and sends it down to a holder below. That way, you can grab the ball quickly from the holder and take another shot. The b-ball gadget means you can spend your time practicing those shots over and over again rather than chasing down the basketball each time it rolls away. Nothing but net!

There’s something fishy about this robot. A team of Swiss scientists recently created a robot that looks and acts just like a small minnow called the zebrafish. That might not sound all that remarkable, but it seems their little fish has gone undercover with several schools of real zebrafish. And the schools actually believed the robo-fish was one of their own. Not only did they accept the robot as a member of their group, but the robotic fish was able to get the school to change direction and swim along with it to another destination. The scientists plan to use the robot zebrafish to learn more about the behaviour of real fish.

This new drone is still being fine-tuned, but once it’s ready to go, its designers hope it’ll be used to help save swimmers. The Shark Spotter drone is programmed to fly above open waters and warn swimmers and surfers when a shark has been detected in the area. To do this, the drone has been fitted with loudspeakers. Once the drone spots a shark in the water, it’ll notify a lifeguard. And the lifeguard can use the loudspeakers to yell down to those in the water that they need to head to dry land. Believe it or not, this isn’t the first drone to help out in the sea. There are already a few drones that look for swimmers in trouble. They drop inflatable life preservers to help them out before a lifeguard can get to them.

This sweet ride is part skateboard and part off-road vehicle. The Track 1 is an electric two-wheeler that a rider stands on like a skateboard. Besides its wheels, the vehicle has a track — the same thing that’s found on an army tank. This helps make the Track 1 a powerful vehicle that can go just about anywhere. Think dirt, sand, grass, pavement, and even snow. Its motor allows this electric board to travel pretty quickly. Riders rely on a remote control to choose their speed, and steering is done by leaning in the direction you want to go. The Track 1 even has lights, so thrill-seekers can ride at night. Let’s roll!

We all know how important it is to recycle, but sometimes waste and recycling aren’t always separated properly. This is a big problem with public bins where garbage and recycling often get thrown in together by people who aren’t paying close attention. An invention called the Bin-e hopes to help fix that. This waste bin automatically sorts items into the correct bin, by figuring out what’s garbage and what’s recycling. To do this, the Bin-e has special sensors and cameras. They help the bin examine items and then each item is placed in its proper container. This is one gadget that definitely puts the planet first!