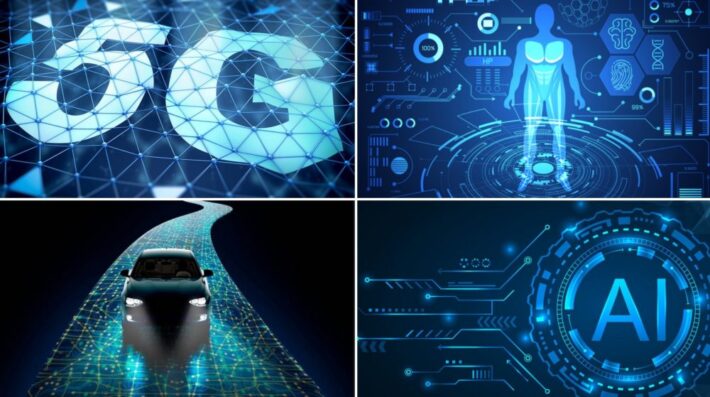 For something to be considered an invention, at least some part has to be something that has never been seen before. If such an idea has ever been mentioned or used before, it is not subject to the rules of patents. It doesn’t have to be 100% unique in terms of technical elements, but the idea must be unique.

The exception is if two known ideas merge into something that has a completely different application. The point is, it’s a whole new invention.

Many believe they have invented something completely new and are trying to protect their patent. But they are often rejected because they do not meet all the requirements. Therefore, it also brings a very poor market placement. If by any chance you have an invention worthy of attention, learn more here how to get your product to market

But that is certainly not the case with the inventions that we will outline here, and which will be of great importance to the world in 2020 and beyond.

UPS is in the testing phase of this amazing program. They use drones to deliver tissue, blood and other medically related things to hospitals. Everyone who participated was delighted, results was much better than conventional delivery, so more is expected this year.

A US scientist has devised a special bracelet that reads the electrical impulses of neurons traveling along the muscles of the arms or legs. He tests them by sitting in front of a screen equipped with a bracelet, moving his mind around the objects his computer displays.

The neuroscientist has envisioned that the bracelet will assist in the rehabilitation of patients recovering from stroke or amputation, as well as those suffering from Parkinson’s disease, multiple sclerosis and other severe neurodegenerative diseases.

The bracelet is connected to a computer and reads electrical impulses of motor neurons. It transmits these impulses to the computer as a movement. This means that the owner of the bracelet can only think of moving objects around the screen as if it were a mouse.

To help patients with heart disease avoid invasive diagnostic methods, the professors designed an individual 3D model of the heart where doctors can design treatment for each patient without invasive procedures.

Instead of expensive hospital appliances, pocket ultrasound will make this examination more accessible in poor countries. This will allow patients to go to this type of examination more often.

Instead of expensive ultrasound devices that many hospitals cannot afford, a small portable device that fits in their pocket is designed. Its ultrasound can be paired with an app on a smartphone.

Mini ultrasound cannot replace the original apparatus, but it can assist in diagnosis. There are hundreds more such smart innovations on the market that will make healthcare cheaper and more affordable and allow humanity to make the most of what modern technology can provide.

In lung cancer, radiologists often misinterpret the results. That’s why the Google team designed an artificial intelligence system that reads the findings more reliably. They say the project is still underway.

The British doctor designed glasses that, with the help of virtual reality, help people with neurological injuries perform many types of exercises that help them recover much faster.

7. A cure for diabetes

Instead of continuous insulin injections and a controlled diet, patients with type 1 diabetes may soon have the disease controlled by stem cell implants. They will produce the necessary insulin in the body. The author says that the invention works on animals, so it is believed that it will affect humans as well.

8. Additional advancement of artificial intelligence and expansion of use

Although we have become accustomed to artificial intelligence all around us, especially with mobile phone assistants like Siri, we are looking forward to further improvements.

Advances in the use of artificial intelligence in manufacturing are expected, with several US start-ups leading the way. The richest people in the world like Bezos actively participated in the project.

9. Expanding and developing the Internet of things

The Internet of Things is certainly a concept of the future and we will all use it someday, but it has not been so widespread so far. With the development of 5G, large growth in IoT users is expected. All leading companies like Amazon are developing applications that will fit into this system. Stay tuned!

Due to the increasing volume of work that ordinary computers have to do, the commercialization of quantum computers is underway. We expect a major leap in 2020 and to expand to various government administrations. Google, Microsoft and all the other tech giants have invested heavily in the development of quantum computers. By the end of the year, expect a new chip of unimaginable data processing speed in the market.

Although it already hit the market in the world’s largest cities last year, it is expected to expand massively this year. The “war” between China and the USA, which will be the first to cover the entire country with the 5G network, will reach climax in 2020. For the time being, USA seems to be leading, with the help of SpaceX’s Starlink project, which will launch a large number of small satellites to further improve internet speed.

Autonomous vehicles are no longer a matter of SF films. It’s something that will become a common thing in the coming decades. There is increasing progress every year, and so will it be in 2020. What is currently an unachievable goal for all companies is the level 5 autonomy of vehicles. And that means they are completely independent of human assistance. It would not be surprising that Tesla or Volvo or some of the leading companies are approaching or achieving this goal in 2020.

Although they already exist, they have almost no purpose because of the extremely low 8K content. New 8K cameras are expected this year, which will contribute to the advancement of TVs of this type and more widespread use. It also mentions the emergence of a TV that can roll like a picture. So far, we have not seen what it looks like or what technologies it will use to achieve it, but the leading companies in this field announce that it is not far from the final realization.

Humanity is making unstoppable progress in every field, bringing us things from the future every day. We cannot wait to see what will surprise us all in 2020.