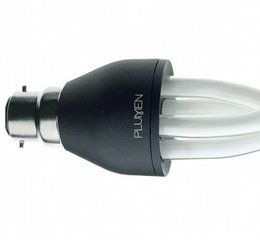 Whether it’s a mobile phone, a vacuum cleaner or a chair, the very best examples of industrial design seamlessly blend form and function to make products truly desirable.

As its name implies, this discipline is about all balancing creative, conceptual, freeform thinking with the practical, industrial constraints of actually getting something made, which requires knowledge of production processes, materials and technology.

Over the years, some designers’ mastery of this crucial balance has elevated them to iconic status – and we’ve featured some of the fruits of their labour here. We all know how product design by the likes of Jonathan Ive, James Dyson or Charles Eames look and work. Chances are you already own one, or at least want one.

But we’ve also included some great industrial designs that you may not already have seen – some of which are on the market, while some are still at a concept stage. So whether you’re a consumer hungry for the latest stylish gadget to kit out your apartment, or a designer yourself looking for inspiration, read on…

The original Mini influenced a generation of car designers

The Mini is a design classic that came about because of restrictions in fuel supply during the 1950s caused by the Suez crisis. Designer Alec Issigonis was tasked with designing a car that was more frugal than the large cars of the day, aiming to compete with increasingly popular German bubble cars like the original VW Beetle – itself a design classic. The original design became a true British icon, influencing a generation of car designers, and was revolutionary at the time. Its distinctively diminutive contours remain hugely popular today.

Instantly recognisable, the Coca-Cola contour bottle is a masterpiece in industrial design that dates back to 1915 when the Coca-Cola Company asked its bottle suppliers to design a new bottle that would be distinctive and instantly recognisable – even in the dark. Designer Earl R. Dean took up the challenge, and following instructions issued by his boss, aimed to come up with a design based on the ingredients of the drink. Unable to find any reference images for either the coca leaf, or the Kola nut, Dean instead used an image of a cocoa pod from his encyclopedia as inspiration, leading to the iconic ribbed bottle shape we know and love today.

The classic Vespa scooter design is associated heavily with the Italian design aesthetic, but it was actually heavily influenced by pre-World-War-II Cushman scooters made in the US and shipped to Italy by the Allies to act as field transport for paratroopers and marines during the war. It wasn’t until Paggio involved aeronautical engineer Corradino D’Ascanio that the now familiar scooter shape, missing the central supporting spar and allowing the rider to step through the bike to get on and off.

Hasselblad’s 500C Camera was its anchor product for four decades

During World War II the Swedish government tasked Victor Hasselblad with designing a camera that mirrored a German aerial surveillance camera recovered from a downed plane. This camera was refined over the following years, eventually spawning the iconic 500C in the late 1950s. Such was the popularity of the camera, it became the anchor product for the Hasselblad company for the next four decades, and was used by NASA during the Apollo missions to the moon.

Designed by Phillipe Starck in 1990, the Juicy Salif is rightly counted amongst the icons of industrial design and has been exhibited in the Museum of Modern Art in New York. The citrus squeezer is cast in aluminium which is then polished, the design based on the shape of a squid and according to an account from the founder of Alessi was originally sketched out by Starck on a napkin while eating squid with lemon squeezed over it. It’s a perfect example of how the most abstract associations can inspire iconic design.

How often does a knife get included in the D&AD Annual? UK designer Christian Bird created a perfectly balanced industrial design that weighs up a sleek ceramic blade that never needs sharpening with an angular, soft touch handle. A work of art as well as a precision cutting tool, each knife is available in a limited edition run of 999.

German industrial designer and concept artist’s Mathias Koehler’s fresh, bold take on the staple favourite of knitting grandmothers the world over curls round into a sleek, circular shape, enabling a fluid rocking motion that also powers a reading light at the top. It remains at a concept stage.

A classic example of totally rethinking the way a staple household product functions. In the 1970s, James Dyson was inspired by an industrial cyclone system in a sawmill to develop a bagless vacuum cleaner – and famously made over 5,000 prototypes in a workshop behind his house before perfecting the DC01. Many different models of this classic industrial design have been developed since, including a handheld version.

Hurtling down steep, rocky terrain on a mountain bike is a powerful adrenaline rush, but reaching the summit in the first place can be a slow, painful slog. For a mountaineer, however, the ascent is the best bit, while the downward leg is a killer on the knees. This lets you do both, by transforming a bike into a backpack to let you carry it easily.

This quirky take on drinking glasses is imaginative and inspired

Serbian designer Damjan Stanković has put fresh twists on everything from a tea infuser to a spaghetti fork, but this quirky take on a drinking glass is particularly inspired. When empty, it’s covered in a seemingly random mosaic, but when filled with coloured liquid (milk, orange juice or cola, for instance) the squares join up to spell the name of the drink.

A unrivalled 1950s classic, Charles and Ray Eames’ lounge chair and ottoman combo was the couple’s first attempt at high-end furniture. Fashioned from moulded plywood and leather, it was distinctive among luxury counterparts for being very comfortable as well as stylish. Constantly in production since its launch, the classic industrial design forms part of the permanent collection at MoMA in New York.

Fluorescent glass tubes twist around each other in a harmonious way

Samuel Wilkinson’s stylish approach to a humble lightbulb scooped a coveted D&AD Black Pencil award last year. Fluorescent glass tubes twist around each other in an organic yet harmonious way, giving the bulb a different silhouette depending on where you stand. The aesthetic appeal of this brilliant industrial design is counterbalanced by the fact it uses 80% less energy than an incandescent bulb.

Three indisputably game-changing product lines by arguably the world’s most iconic and celebrated industrial designer, Sir Jonathan Ive – all of which could easily have made the list on their own. It all started back in 2001 with the original iPod; the first iPhone was released in 2007; the iPad followed three years later; and finally the iPad Mini in 2012.

Despite squeezing all of its iOS devices into one entry, Cupertino’s finest still made the list twice. Spearheading the reinvention of Apple in the late ’90s, the all-in-one, brightly-coloured translucent computer made its rivals’ beige boxes look crushingly ordinary. Since then, its evolution has seen it grow more sleek, slim, and minimalist, but no less iconic.

Based on a similar concept to his Rising Chair, Robert Van Embricqs’ Rising Table uses a single piece of wood as a starting point to transform into a stylish piece of furniture. Challenging the notion of a table having to be a flat surface and four separate legs, it opts for an organic latticework of beams that are beautiful and functional in equal measure.

Designed by London-based industrial designer Sebastian Bergne, this beautifully simple table lamp concept was launched at Interieur 2012 in Belgium. It uses adjustable LED lighting to cycle between cool and warm white light, while the curved design encourages users to place the lamp in different positions.

Another masterclass in minimalism, Koichi Futatsumata’s inspired industrial design questions the overly complex design of traditional valve amplifiers, instead balancing two beautifully simple amplifier tubes on the top with two large stylish dials on the front, all packaged up in a sleek metal outer shell – and was nominated for a D&AD Award in 2011.

The KitchenAid’s silhouette has remained relatively unchanged for decades

Pioneered in 1914 for industrial use on US Navy battleships, the KitchenAid stand mixer first entered homes in 1918, but it was in the 1930s that Egmont Arens’ patented silhouette – relatively unchanged ever since – turned the product into an icon of American industrial design, which is exhibited in San Francisco’s Museum of Modern Art.

An imaginative take on the humble wash basin

Okay, so it may not be the most practical addition to the average home – setting you back a tidy $4,500 – but this indulgent take on the humble wash basin is a bit of fun, and questions why we should accept plain porcelain. Sold, fittingly, through a company called Opulent Items, it enables you to keep fish in your bathroom, should you wish to.

Just 20mm thick, this experimental concept for a domestic ladder innovates on the rotational moulding process to create a lightweight, super-strong product that’s both stylish and functional. This imaginative industrial design is a joint venture between Andrea Gross Gaiani, Alessio Monzani, Kerman Gomez and Martina Fagiani, who studied together in Milan.

Lightweight, durable and stackable, the Tip Ton chair is simple yet classic

Another brutally simple, plastic-moulded concept, this time for a chair, Barber Osgerby’s Tip Ton lets you switch between two different seating postures: relaxed, or forward-leaning. Its unique shape means that when you rock forward, the chair stays in place on its uniquely shaped ‘skids’. This industrial design is also lightweight, durable and stackable, and won a D&AD Yellow Pencil.

The Anglepoise has become a timeless classic

This classic piece of industrial design was originally conceived in 1932 by George Carwardine, a car designer who was working on vehicle suspension systems at the time. It was his work in this field that inspired the versatile four-spring mechanism that defines the Anglepoise lamp, which was developed primarily for working environments such as workshops and surgeries, but a simpler three-spring version soon made it into homes too.

Mindport has been dubbed the workspace of the future

Dubbed “the workspace of the future” by its creators Lista Office, Mindport was designed by multi-award-winning creative team Carmen and Urs Greutmann. Built primarily from steel, this industrial design is about functionality and versatility, creating screened zones for ad-hoc meetings while keeping an open-plan feel.

Many Maglites have become collectables

Introduced in 1979 with krypton or xenon bulbs and variable-width beams, many Maglites have become collectable items thanks to their limited-run special editions and custom paint schemes. They now use LED bulbs, and thanks to their power and durability are the flashlight of choice for many police forces. Until recently, this included the LAPD – until their double-use as a baton became controversial.

Jean-Marie Massaud has given the radiator a radical overhaul

Another example of a relatively nondescript household item given a radical conceptual overhaul by an imaginative industrial designer, Jean-Marie Massaud’s sculptural radiator for Cordivari draws inspiration from the ocean waves – and is available in both horizontal and vertical orientations.