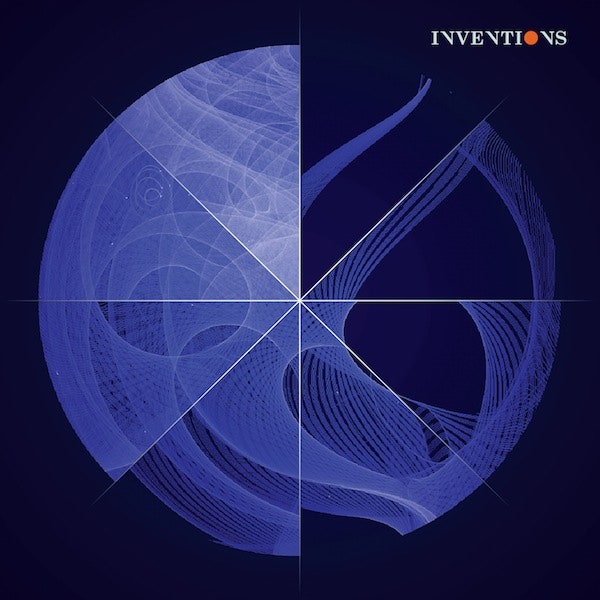 Some collaborations feel inevitable. Matthew Cooper, the producer behind the multifaceted ambient project Eluvium, shares a label and a sensibility with post-rock juggernaut Explosions in the Sky—both craft towering edifices of sound that aren’t afraid to go for the emotional jugular. Inventions, a new project by Cooper and EITS guitarist Mark T. Smith, sounds much like you might expect, with a mix of Smith’s shimmering guitars and Cooper’s placid drones. But the familiarity works in the record’s favor—by laying aside the idea of making music outside of their comfort zones, they’re able to concentrate on craftsmanship, getting all the elements in the right place to evoke a specific set of feelings.

About those feelings: early in their career, Explosions in the Sky could have been just another band in the crowded field of post-Mogwai instrumental rock. On a quick spin in 2001, you wouldn’t necessarily have guessed that in a decade they would be roughly 1,000 times bigger than, say, Mono. But if you listened more closely, it was clear that EITS had zeroed in on a small handful of emotions and mastered the means to evoke them. Anticipation, yearning, hope, and catharsis: this is more or less the totality of the band’s mental universe. Even their loudest and most crushing climaxes are imbued with hope. Rather than dissolving your ego, the way the most intense noise-saturated shoegaze can, Explosions in the Sky bolster it and put it front and center. Their guitar tones somehow suggest that you’ll find your place in the world, and then the build and the crescendo to make it so. It’s music about triumph, and they have it down to a science, which has the interesting effect of turning the whole thing into something resembling a physical exercise, like working a muscle. It may not be a particularly deep or complicated experience, but it is a powerful one, and also quite relatable. And this slice of feeling, which EITS have down completely, turned out to be perfect for soundtracking dramatic film and television of a certain stripe, where their music isn’t used as contrast or shading, but as an intensifier.

I’m focusing on Explosions in the Sky because Inventions ultimately seems closer to their aesthetic. Eluvium is harder to pin down, anyway, because Cooper has released everything from light piano instrumentals to thick drones that verge on noise; his music has never been just one thing. But here he’s working with Smith to make something that plays like low key EITS, capturing the flickering, starry-eyed parts before they grow. You can hear the thread in the light beats, chiming guitar, trails of feedback, and major chord synths drones running through the opening triptych of “Echo Tropism”, “Flood Poems”, and “Entity”.

There are also some new wrinkles. “Entity” has what sound like gurgling voices echoing in the distance, and the atmosphere is watery, amniotic, evoking early 90s ambient in the vein of the Orb. Relative to what surrounds it, it’s a detached and comparatively static track that keeps the focus on texture. “Peaceable Child” has a flittering strobe effect slicing the drone into tiny pieces, bringing to mind circa–2001 glitch, with dubby accents to match; it’s one of the few places where you hear the music and think, “computer,” but the change-up is welcome. Lack of variety aside, Eluvium and Smith couldn’t be a better match, and the record as a whole possesses an uncommon beauty.

Two tracks on Inventions outline both the power and the limitations of the project. “Sun Locations / Sun Coda” has a kind of queasy clatter going on in the middle of it, so it almost feels frightening but then never quite does, while the closing “Psychic Automation” shows how even when the music gets “heavy” with a massive beat in its final half it never shades to “dark.” The immaculate construction of both is undeniable and the tracks bring with them a rush of feelings, but there’s no escaping that at their core they still touch on that small handful of sensations that usually circle back around to yearning and wonder. But that’s not a bad thing. There are times when you know exactly where you want to go and this is the music to take you there.