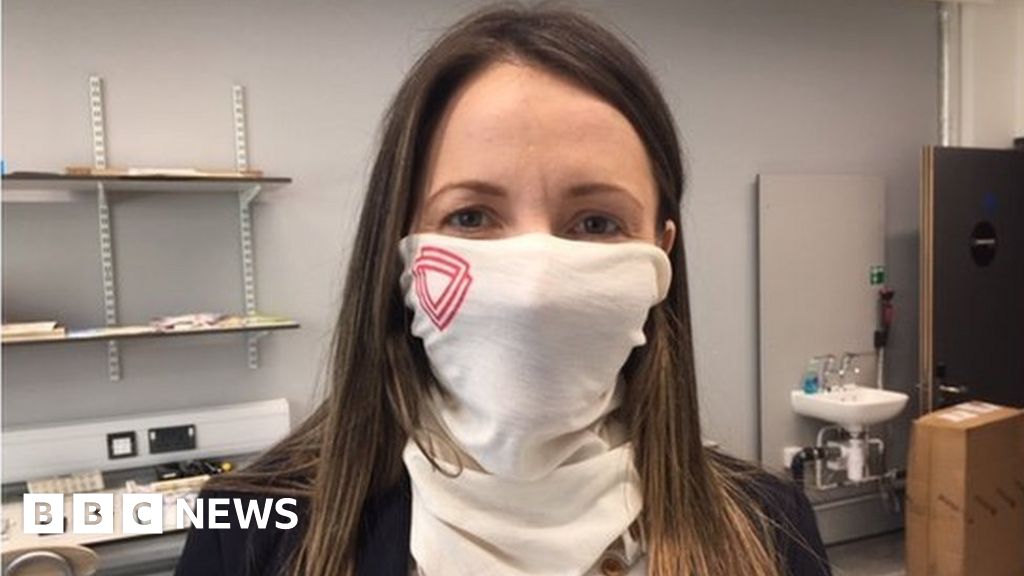 A new ventilator, a virus-killing snood and a hands-free door pull are just some of the innovations coming out of Wales to tackle coronavirus.

Since the outbreak, doctors, scientists and designers have been working on ideas to stop the virus spreading.

The ventilator has already successfully treated a Covid-19 patient and has been backed by the Welsh Government.

Mass production of the snood-type mask is under way while a 3D design of the handle has been widely circulated.

Plaid Cymru leader Adam Price, who was part of the impetus to get the ventilator into mass production, said the innovations put Wales “on the front foot” in the battle against the pandemic.

“It shows that Wales, as a small nation, can get things done quickly as we face the biggest challenge of our generation,” he said.

It took just three days to design but the senior doctor involved believes the easy-to-build device could dramatically ease the strain on NHS staff.

Dr Rhys Thomas, from Glangwili Hospital in Carmarthen, was “desperately concerned” at the lack of intensive care unit (ICU) ventilators to deal with the expected influx of patients.

Along with engineering company CR Clark & Co of Ammanford, he created a machine that not only helps patients to breath but cleans the room of viral particles.

“It’s simple and robust and specifically designed to work against Covid virus in a contagious environment,” said Dr Thomas.

“Although it won’t replace an ICU ventilator, the majority of patients won’t need intensive care if they are treated with this ventilator first.

“The machine will [also] clean the room of viral particles and only supply purified air to the patient. The patient can self-care, releasing specialist nurses for other duties.”

He said a patient in Llanelli who was treated with the machine at the weekend was now “recovering well”.

Welsh ministers have given the go-ahead for production of up to 100 ventilators a day.

Designers claim the mask kills more than 95% of any viruses – including Covid-19.

image captionThe snood has been developed in response to the pandemic

The company hopes to make as many as a million-a-week and plans to reserve part of that stock for the NHS.

“We have been working on the anti-viral coating since 2011 but it’s only in the last five weeks that we have developed the snood in response to the current pandemic,” said Anna Roberts, of Virustatic Shield.

Wyn Griffiths came up with the idea after his wife visited a local hospital last week and had to touch door handles after sanitising her hands.

That evening he had designed a prototype ‘arm’ which attaches to an existing door handle, with a crook to open the door.

He has now distributed the 3D design online for anyone to download it for free.

Mr Griffiths said: “Hopefully people who have a 3D printer can help out their local hospital or anywhere the public visits by distributing these around the country.”

image captionM-Sparc in Gaerwen is supported by Bangor University

The handle and snood were both designed at the Menai Science Park in Gaerwen on Anglesey, a hub for small start-up companies and scientific research.

Pryderi ap Rhisiart, managing director of M-Sparc, said it was “vital” the park plays its part in coming up with innovative ideas.

“In the middle of all the doom and gloom it’s good to see small companies developing new innovative solutions,” he said.

“It’s just a glimpse. We’re not saying it’s the answer but it’s something.”