Welcome to a blog I wasn’t planning on at all. In fact, it was something I have never even thought about that deeply before. I’d been aware of the energy, yet had never consciously approached the subject of Women (in particular) ~ and how much we have been asked to Sacrifice. I don’t usually do this, but this is a blog written by a woman, for women (sorry fellas, this is explained below).

This blog burst forth out of no where off the back of an incredible healing session I experienced last week. I wasn’t planning on that healing session either (hello planet Uranus, throwing unexpected things into the mix lately!).

I’d hopped on Zoom to connect with a beautiful friend in Australia. We planned to chat about her astrology and generally connect and catch up. The next thing we knew, she was working her magic with light language and healing energy and I was taken on a journey back through many lifetimes, literally within the blink of an eye!

It only lasted seconds, but BOY, was I angry. In fact, I wasn’t just angry, I was RAGING at the masculine and particularly, at God himself. I burned with a deep fury for all the sacrifices I had been asked or made to make because of HIM or because of MEN for lifetime after lifetime ~ just because I was a woman.

If am being honest, I’ve carried an awareness of this energy for many years now and felt ashamed of it. I knew it didn’t all come from this lifetime, despite the many traumatic experiences I’ve had with men, as I love the masculine. However, for a split second during that healing session, I felt an anger so deep, it was like I was feeling the rage & pain of 1000s of ancestors & every woman to ever come before me in my lineage, simultaneously. It left me shaking!

Sacrifice is not the same as compromise, for compromise is something we are willing to negotiate over & give up quite easily. When we are asked to Sacrifice, it’s often for a long time or even permanently and that’s a whole different ballgame.

Sacrifice is an interesting word. There are many themes throughout history woven around women and ‘Sacrifice’, which means different things to different people. Take a moment before you read on & really feel into your emotions………… what does the word ‘Sacrifice’ mean to you, personally? How do you view it historically and then today, now, in your own personal life as a woman?

To me, Divine Feminine Sacrifice is a beautiful & humbling form of action. It is only from within our heart and a place of deep love, that true Sacrifice can emerge. It is not something that comes from our Mind. Sacrifice is driven by love, by emotion, not by thoughts, obligation or fear.

When we are willing to give up something of who we are or what we want in life for a man, for our country or for a cause ~ and it brings us Joy to do so ~ that is true Sacrifice. That is giving willingly, from the heart, it is a gift freely given and there is nothing expected in return, not ever. It is a beautiful thing for a woman to do for a man, an honourable thing to be cherished and appreciated as it was in our in-digenous cultures.

In my experience, when Sacrifice comes only from the mind, it breeds resentment and anger. It usually costs more than first thought and it often hurts or wounds in some way, particularly if it’s subconscious, learned behaviour or ‘automatic’.

Many would argue that Sacrifice MUST cost us in a negative way in order for it to be felt as a Sacrifice. I humbly disagree. Giving up anything of ourselves, dreams or desires certainly costs & that in itself IS the Sacrifice. However, it doesn’t hurt or feel negative when it comes from Love. Maybe the old patriarchs deliberately spun the pain narrative into religion and society for their own means ~ or due to their fear of the Magic of women? It’s certainly a perception that has existed for Centuries…. that Sacrifice must equal pain in some way and that women are expected to Sacrifice themselves to the masculine.

What’s prompted this blog and pondering around Sacrifice is the amount of women I am connecting to lately who have expressed this in their sessions, but I’ve not clocked until now that the core energy at the root of it all is ‘Sacrifice’. Women (of which I was one) that hold a deep, often hidden or suppressed resentment towards the masculine…….. a resentment towards the controlling, cold structures that patriarchy has built and what those have done to our World ~ towards God himself for lifetime after lifetime of sacrifice & pain. Or a resentment that burns in this lifetime towards the father or other men in their lives, due to the sacrifices they have been expected to make over & over again. Their career, their integrity, their sexuality, their time, their body, their feelings, their intuition, their passion, their nurturing, their magic, their wildness, their uniqueness….. the list is endless.

This deep, sacrificial energy goes back many generations and lifetimes ~ impacting both the human and Soul aspect of millions of women around the World. I cannot speak for men in this aspect as I have no experience of being one, but I wouldn’t be at all surprised if men feel this too. For example, men have been asked to sacrifice their emotions, gentleness, intuition and their feminine energy in order to be accepted by society as ‘real’ men. This division is a travesty for we are all made up of a balance of masculine & feminine energies, regardless of our gender. If we’re too in our masculine energy, we lose our heart and the ability to feel. If we’re too in our feminine energy, we lose our ability to rationalise and form structure. Both are required in all of us.

Whether the Sacrifice of women has been made due to culture, religion, learned behaviour/ancestry, expectation or demand ~ many have been made to give up a part of themselves to the masculine in a way that has cost them dearly or hurt them deeply. Modern society means a lot of women have to work these days, which makes the automatic energy of Sacrifice rub even harder. We’re supposed to do everything the old fashioned patriarchy expects, whilst simultaneously becoming a provider and being all things to all people. Women are incredible, but we aren’t Super Woman ~ she sadly only exists in Hollywood 😉

The Sacrifice of women has always come from the minds of men. Just look back throughout history at how much women have been persecuted, often in the name of God (for example, the burning & drowning of ‘witches’). Or they have had to fight just for basic rights as human beings. Women weren’t asked to make Sacrifices in a way that gave them the space to freely make that decision from their heart and a place of Divine Love. It was forced upon them, deeply ingrained as a wound, in multiple ways, over countless generations.

In my experience, the illusion of ‘Sacrifice’ that has been sold to us, that it has to ‘hurt’ in order to be real, is absolute rubbish that has caused a deep wounding in women for far too long now. The expectation & patterns have passed down through generation after generation of women, programming them to serve or sacrifice to the masculine in ways that make them feel put upon, unheard, taken for granted or resentful.

As the Divine Feminine Energy rises as we move deeper into the Age of Aquarius ~ it’s time for women to stop sacrificing themselves for anything that comes from the mind, that makes them feel weak, wounded, secretly angry, secretly miserable or non authentic in any way. We no longer have to give up a part of ourselves for protection, acceptance, love or being provided for if we don’t want to. And we certainly don’t have to do it as that’s what our mother did and our grandmother before her.

Next time you feel resentment towards the masculine, feel into your body, your intuition and your heart and explore whether you are being asked to Sacrifice. Are you moving from an automatic, programmed place of the mind? If you’re feeling resentment or anger, that’s a big clue 😉 If you feel positive, joyful, open & happy, then you are freely willing to give from your heart and that is exactly how Sacrifice should feel ~ it’s a gift, something beautiful and honourable, not a painful curse to be borne in silence.

Sounds easy, but it can take some time to work through why you can’t say no if you want to. If this is the case, pick up a pen and paper. Give yourself some quiet space & time to explore what motivates you to say yes when you don’t really want to. Write notes down and use a journal as it’s really helpful to see things on paper in front of you. Look at what you may be afraid of losing from the masculine if you don’t give up what is being asked or expected of you. Look at your parents relationship and that of your grandparents. Feel into what is right for you as an independent woman in your own identity, not as a mum, daughter, sister, wife, partner or friend ~ just yourself, in your own authenticity. Ascertain whether you are being asked to compromise….. or whether you are being asked for far more than that.

If this blog has resonated for you, start to pay attention to how often you move towards giving up a part of yourself, your needs, your dreams or your desires for the masculine and how that makes you feel. Learn the difference between compromise & Sacrifice and stay true to your authentic self. You are not responsible for how other people respond to your truth as long as you deliver it from a place of Love. If it’s delivered from a place of anger or with words that hit like a sledge hammer, things aren’t likely to go well.

My healing session that day brought a part of my Soul forwards that had hated God. He had abandoned me and let me down. He’d made me live through horrific lifetimes of Sacrifice and eventually, that part of my Soul decided that I hated him, that it was all his fault and that ‘I’d never trust the masculine again’. I’d carried that in my heart for many lifetimes since and could certainly feel where it manifested in my current life too. In acknowledging that and forgiving both God and my own, toxic/dark masculine energy that I’d hated for so long, my heart cracked wide open. I accepted God/the masculine back into my heart on a cellular level that day. The old energy was cleared from all timelines and dimensions and I am still integrating the new energy as I type, which is a bit overwhelming and leaving me in awe at some point, nearly every day.

I can only say it’s been an incredible experience that is linking into many other, beautiful things currently happening in my life now. My heart is learning how to remain open and to hold an immense amount of love & gratitude now that there’s more space for it to do so. I no longer Sacrifice any part of my energy unless it comes from pure Love.

Thank you to all of the beautiful women in my life who are helping me to open my heart, to trust the feminine, to celebrate the unconditional support of women and to receive love openly & with grace. You know who you are and I love & appreciate you dearly. Watches
Watch Femme: What Women In The Watch World Were Missing 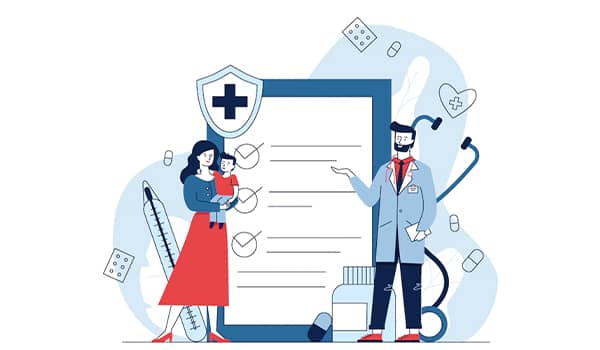