The bespoke shoemaker Akira Tani, from Japan but based in Italy, has a lot of things that point towards soon being one of the most hyped makers in the industry: A slightly more casual house style highly suitable for how more and more people dress today, some of the best finishing in the world, and a price tag of just €2,300 (including VAT) for full bespoke. Shoegazing visited him in Florence.

On a small one way street on the south side of the river Arno, but still rather central in Florence, two lovely looking split toe derbys are placed in a shop window. It’s easy to miss, since there’s yet no sign or anything outside, but this is the showroom and workshop of Akira Tani. He’s only been here for a few months, which is still evident in the relatively sparsely furnshied premises. After he left his work doing the finishing on all the bespoke shoes at Stefano Bemer back in 2019, he built up his brand working out of his apartment in Florence.

Akira Tani basically just got started and had done his first trunk show back home in Japan before the pandemic hit. But given that he is a Japanese citizen he could continue to travel back home for trunk shows.
– Without these, I wouldn’t have managed the past two years, since Florence has been nothing like it used to be, with tough restrictions and no one who traveled here. But with these Japanese customer’s I had a base, Akira Tani says.

“Travel to Japan during Covid, that still sounds like a hassle”, you might think? Damn straight. He went twice a year, and every trip started with two weeks in quarantine, before he could tick off his trunk shows in Tokyo, Fukuoka and his hometown Osaka. It was there, in Osaka, it all started some 13 years ago.

The entrance to his new showroom and workshop.

After finishing high school, Akira Tani started working in a vintage clothing shop in Osaka. He became close friends with one of his colleagues there, Akiyoshi Nishiyama. Aki, as he’s called, had a dream to become a shoemaker, and after some time he left Japan and lived in London to train with the bespoke shoemaker Jason Amesbury. He then came back to Japan, did some repairs and outwork for John Lobb Ltd. and Foster & Son, and in 2014 he stated his own brand Ann Bespoke. Likely known to many readers. Akira Tani was highly inspired by his friend, and already when Aki got back from London in 2010 Akira did a shoe together with him and also fell for shoemaking.

As many other Japanese, Akira Tani decided to pursue his journey into shoemaking in Europe. In 2012, he moved to Florence in Italy, where he began to work for the shoe manufacturer Sak, doing lasting, cutting and other things. But in the weekends he met the fellow Japanese Seiji Miyagawa, bottom maker at Stefano Bemer, and learned shoemaking from him.
– Seiji was very important for my shoemaking journey, he taught me the basics first and then also could help me to get in at Stefano Bemer, says Akira.

A magnificent loafer, with a sole edge so sharp you could cut bread with it.

A bit more dressy look, but with the cordovan taking it down a notch.

Bevelled, blind welted inside of the waist.

In 2014 Akira Tani started working in the Stefano Bemer bespoke workshop. In the beginning, he did some repairs and polished shoes, and more basic stuff like that. In the evenings and weekends he trained shoemaking at home, and in time he got to do more important stuff in the workshop.
– The Stefano Bemer workshop is set up in smaller sections, where one person are specialised in a more specific area and work only with this.
Akira did insole making, went on to lasting, and eventually ended up doing the finishing of all bespoke shoes.

This is where he really shined. During his last three years at Bemer he did the finishing, which means that he took over after the sole stitching was done and the channel in the leather sole was closed. He built the heels, and then did the extensive work with finishing the welt, sole edge and heel. He raised the reputation of the finish of Bemer’s shoes, with his super sharp, clean work (some readers might remember that I had Akira Tani on second place in the category “Finishing” at the Shoegazing Bespoke Awards). However, he still had his big dream ahead of him: to create his own shoe brand.

So, three years ago, in 2019, he left Stefano Bemer to begin his work with the brand named after himself.
– I like the wider everyday life that this means. I’m a social guy, I like to travel, meet customers and these parts. I like the work with building up a brand. To do also other parts than only the shoemaking.

The most challenging part, is also where he is least experienced, which is lastmaking. He had learned a bit from Seiji Miyagawa, read books and studied and trained on his own, and now it’s a trial and error process.
– Therefore I don’t state the number of fittings, I do the amount of fitting shoes necessary for me and the customer to be pleased with the fit. Sometimes it’s enough with one, sometimes several are needed. End result is all that matters here.
And every now and then when he struggles he calls up his friend Aki at Ann Bespoke in Japan, who can give advice.

Fitting shoes that recently was tried on, and which he was about to work with modifying the lasts.

Akira Tani at his workbench.

A variety of tools.

A selection of hides. He buys most of it from a wholesaler in Milan, who offers a nice selection.

When I visited Akira Tani I had quite limited time, which was a true shame, since it felt like I could spend hours looking at the sample shoes that he had in the workshop. As mentioned above, Akira Tani is famous for his finishing skills, and while I’ve seen his work on Bemer shoes in real life, I was still impressed looking at his work here. Now when he also can do it all to his wishes, you get a whole that is superb. It’s not overly shiny or anything, just very distinctly done with a great sharpness, especially on the latter samples done more recently.

Akira loves the old school Italian shoemaking tradition, which means less elongated lasts and less colours than what we associate with Italian shoes today. The feel of the shoes are more casual than most dress shoe bespoke makers, for example with mainly square waists or waists with square outside and bevelled inside, and leathers chosen are often suede, embossed grain or Shell cordovan. It is shoes highly wearable in todays day and age, yet made with all the refinement and skill that shoe lovers appreciate. I myself adore nice dress shoes and slim bevelled waists, but have to admit I was really intrigued by Akira Tani’s shoes, and should I have had more time I maybe wouldn’t have been able to stop myself from placing an order.

Cause it’s not only that the style is lovely and the making is top class – it’s a price level that is way below what it should be. Now, I understand that it’s a new brand and that he can’t charge as more established ones do. But a starting price of €2,300 including VAT, with lasted shoe trees, for shoes of this level made by a person that indeed is already quite experienced (in most parts at least) is great. Lots of money, sure, but compared to many others highly affordable. Do expect these prices to increase.

One of Akira’s own shoes, in cordovan.

Pigsking leather with a lovely character.

So, in Japan Akira Tani has already gotten some traction, and after write-ups in The Rake and Men’s Ex it’s been expanding. With the opening of the society in Europe this spring, and him sorting out his new place, the amount of business in Florence has also started to take off.
– I’ve had customers from South Korea, Germany and Sweden, for example. I will of course continue to go to Japan, and would love to do more trunk shows in other places.

It’s clear that if all goes as he wishes, and I would expect it to, he’d be rather busy soon. And he has planned for that. Already in September he will be joined by an apprentice, who will help out in the workshop.
– I love Florence and Italy, so have no plans to move away from here. This is where I want to continue my shoemaking journey, Akira Tani says.
Florence has been blessed with another great bespoke shoemaker, to the already extensive list.

His main last shape is this slight soft square one.

Top view of the three.

The edge finishing on this loafer was among the best I’ve seen.

Look at the marked edge here. 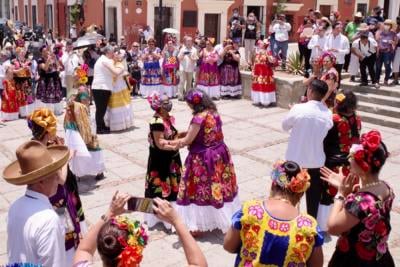 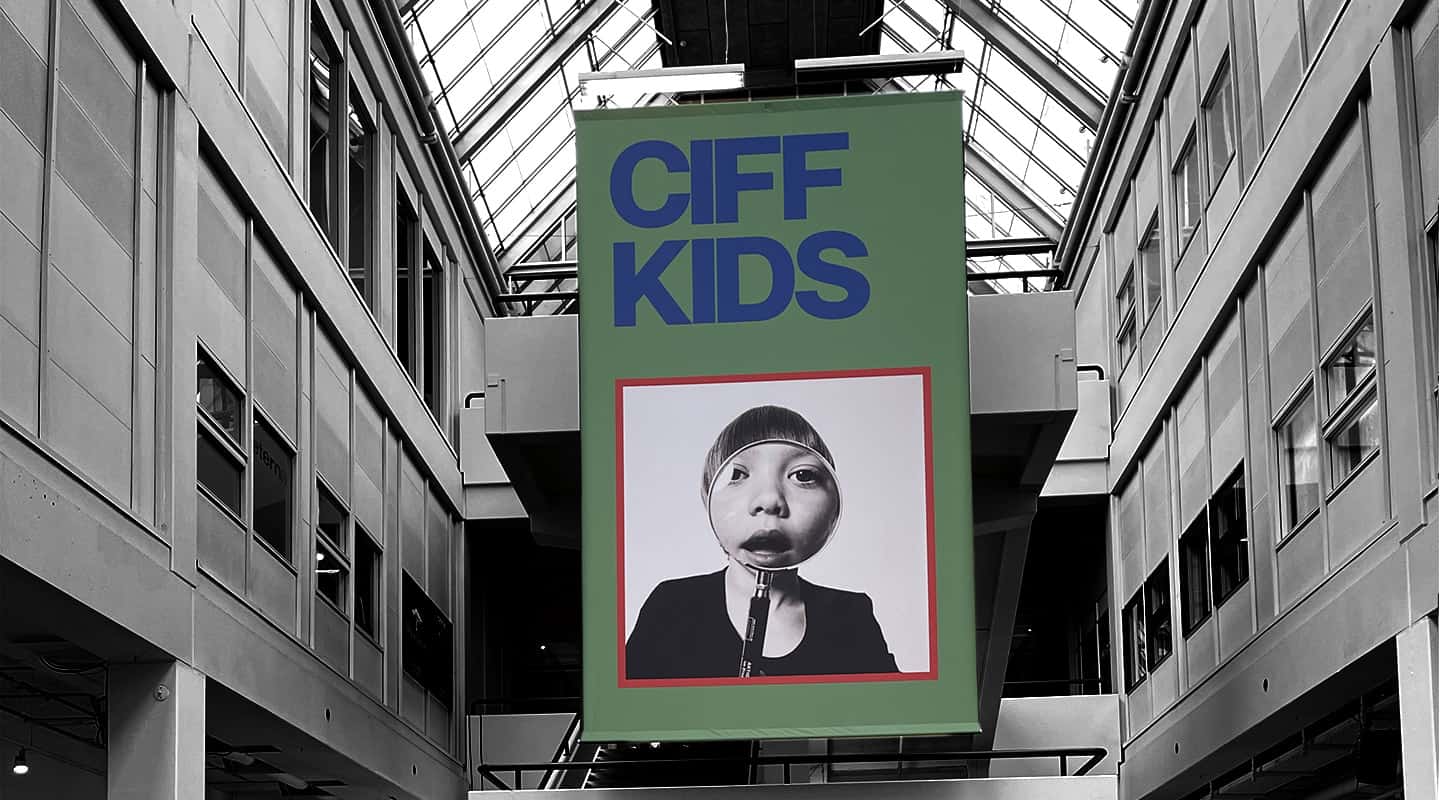