When you think of music intellectual property, you may focus on soft IP: copyrights for things like lyrics, and trademarks for things like band names. However, music innovation also offers fertile ground for patent protection. Many people first became aware of this only recently, with the death of Eddie Van Halen, who was not only a guitar legend but an inventor.

Here, we explore several inventions in the realm of music, some of which have famous inventors, and some of which, unfortunately, do not appear to have received patent protection. Let’s get ready to rock.

As alluded to above, guitar legend Eddie Van Halen passed away on October 6, 2020. Aside from the press writing about his incredible musical talent, many stories appeared about Eddie Van Halen the inventor. Van Halen received US patent No. 4,656,917 (the ’917 Patent), titled “Musical instrument support,” which issued on April 14, 1987. The ’917 Patent is generally directed to a supporting device for a musical instrument used to stabilize an instrument so that playing it is easier and the musician may more easily experiment with new techniques. This is an illustration of supporting device 120. 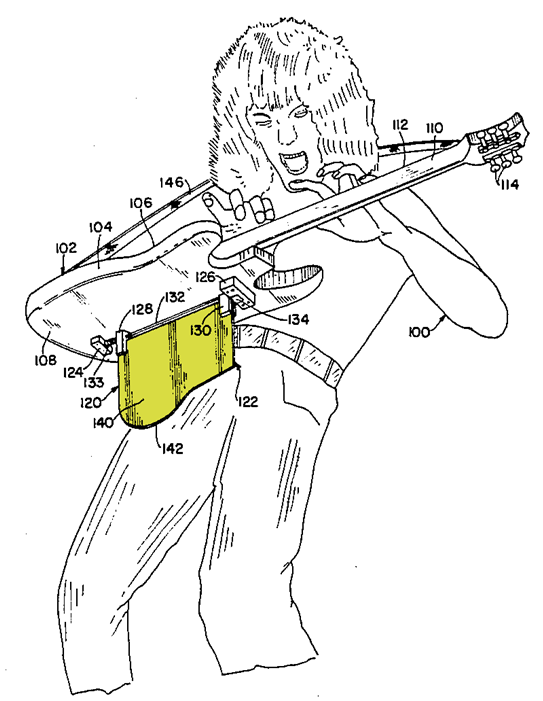 But Eddie Van Halen may not have been able to “jump” at the chance to invent this device had it not been for the creation of the electric guitar by George Beauchamp, who invented the first electric stringed instrument to be marketed commercially. In connection with this design, on August 10, 1937, Beauchamp received US Patent No. 2,089,171 (the ’171 Patent), titled “Electrical stringed musical instrument.” Figure 6 of the ’171 Patent below shows the instrument’s socket or jack 40, conductor 41, and flexible two-conductor cord 42. Regrettably, the ’171 Patent does not disclose whether any volume knobs can be turned to eleven.

Other musicians have also received patents. For example, Prince Nelson, whom you may know as just Prince, was also an inventor. On July 26, 1994, Prince received US. Patent No. D349,127, titled “Portable, electronic keyboard musical instrument.” This design is generally referred to as a keytar – more specifically in this instance, the Purpleaxxe. An embodiment of the design is shown below. Please note that we are not aware of any doves crying during the drafting of this article.

Among the advantages of using glass in guitars are potential differences in sound and material durability. In Figure 1 of the ’646 Patent, shown below, glass can be included in the highlighted peg. 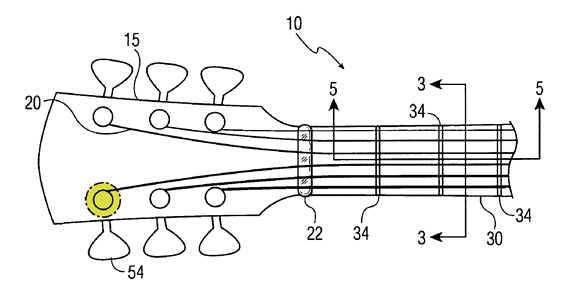 As a former professional DJ, when I began working on this article, I was interested in innovations in DJ equipment. Reportedly, the first mixer was designed in 1971 by Alex Rosner, a sound system designer who worked on nightclub sound in New York City during the 1970s disco boom. His novel mixer was called Rosie, indicating both his nickname and the mixer’s red color. Rosie allowed DJs to mix the sounds of two turntables. It also included microphone and headphone inputs. At a time when mixing technology was young, Rosie was the missing link between the basics of a DJ’s arsenal – in that phrase made familiar in rap and in Beck’s song “Where it’s At,” two turntables and a microphone.

It does not appear that Alex Rosner ever received a patent for his incredible design. But this tale is outside the scope of this article, so I will cross the fader back to patents. 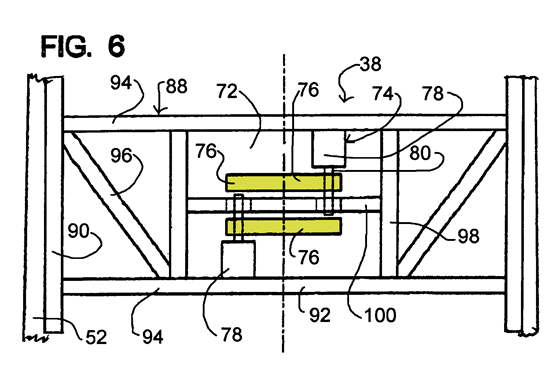 Music inventions are not limited to musical instruments and sound technology. For example, Michael Jackson was a co-inventor on US Patent No. 5,255,452 (the ’452 Patent), titled “Method and means for creating anti-gravity illusion,” which issued on October 26, 1993. The ’452 Patent is generally directed to a shoe having an opening in the heel to engage a hitch. As shown below in Figure 6, when the heel and hitch are engaged, you can dance like a smooth criminal. 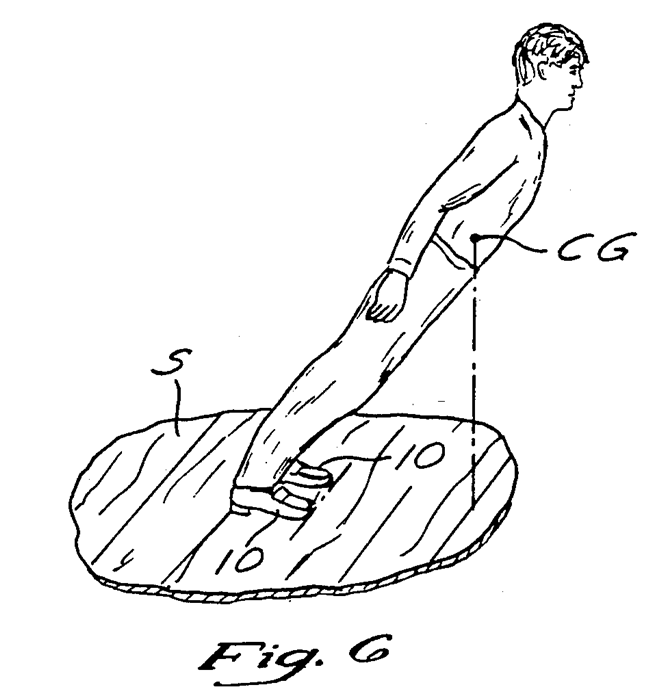 Not to be a broken record, but patent protection is viable for musical innovations for instruments, sound systems, clothing, and everything in between. Whatever the kind of IP protection is needed – whether patent, copyright or trademark – for all those about to rock, we will represent you.